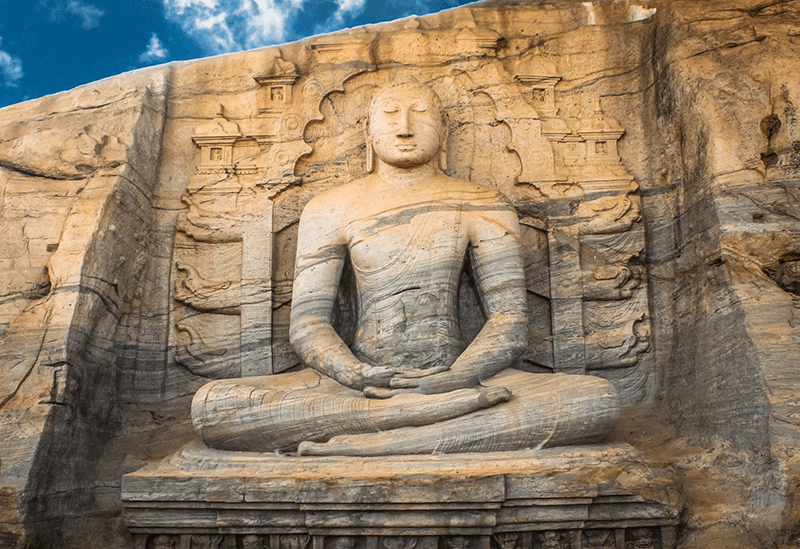 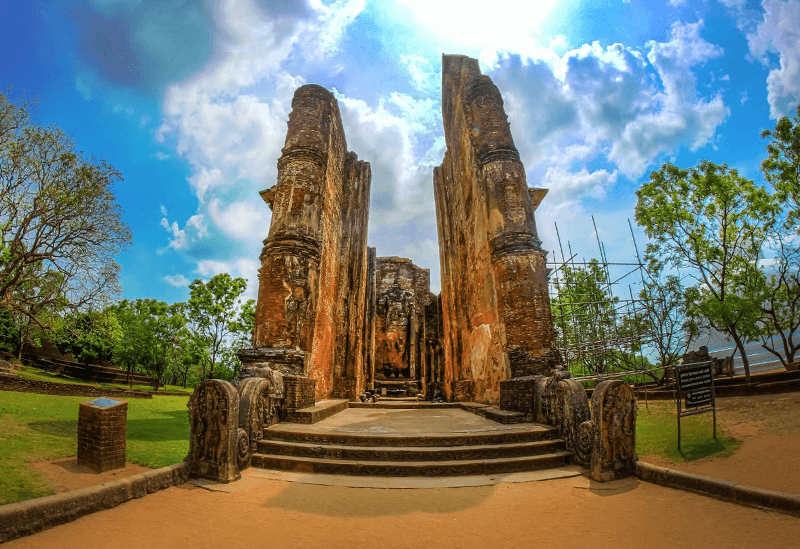 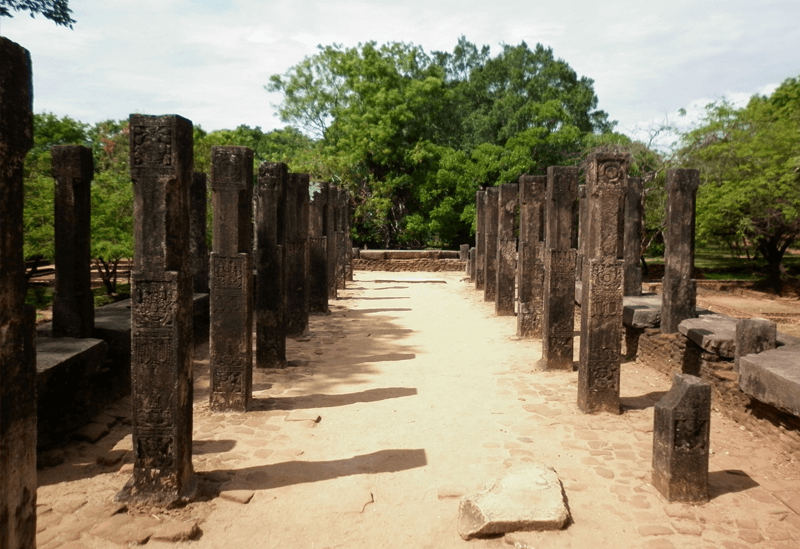 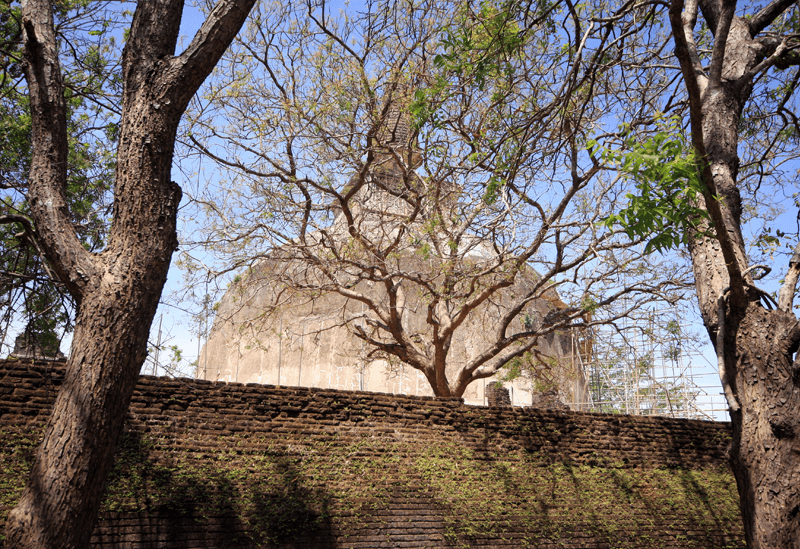 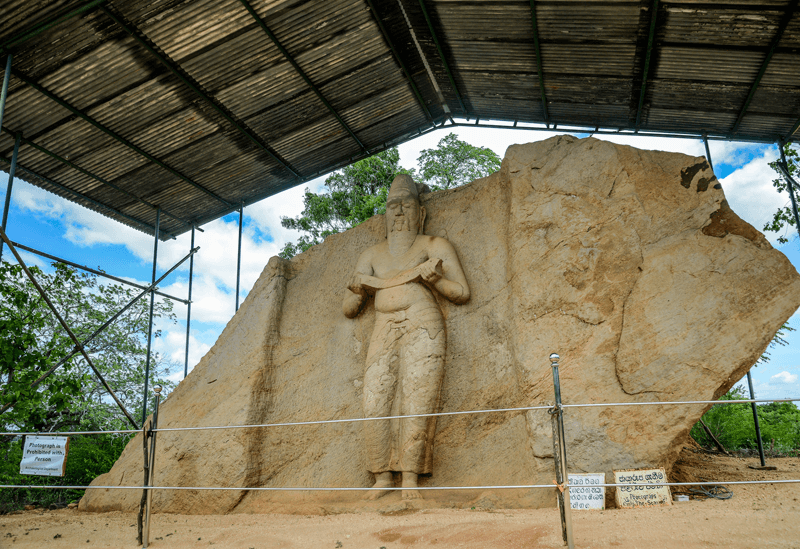 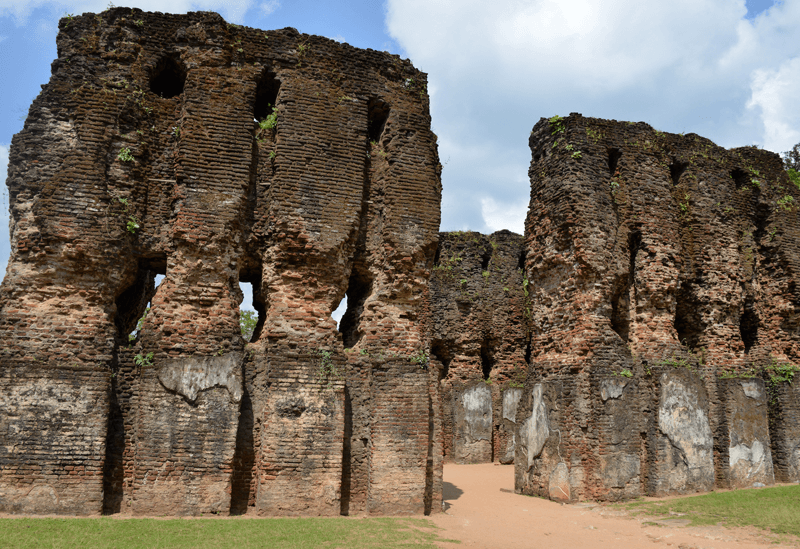 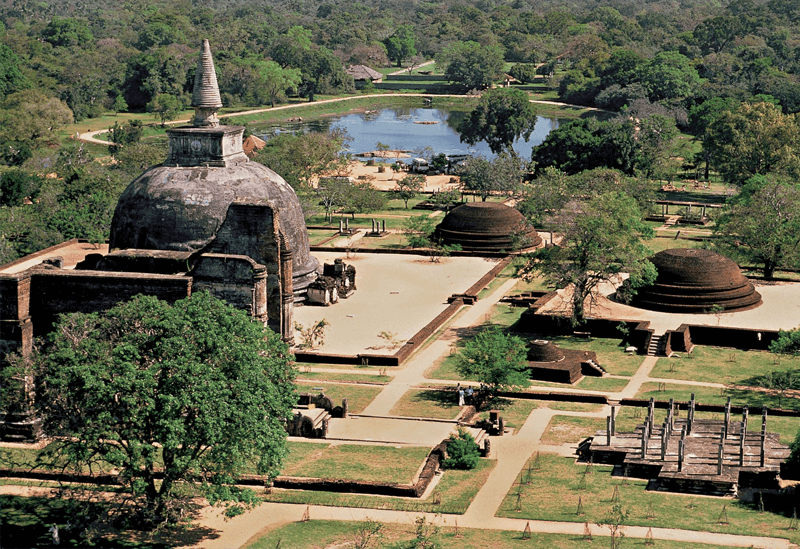 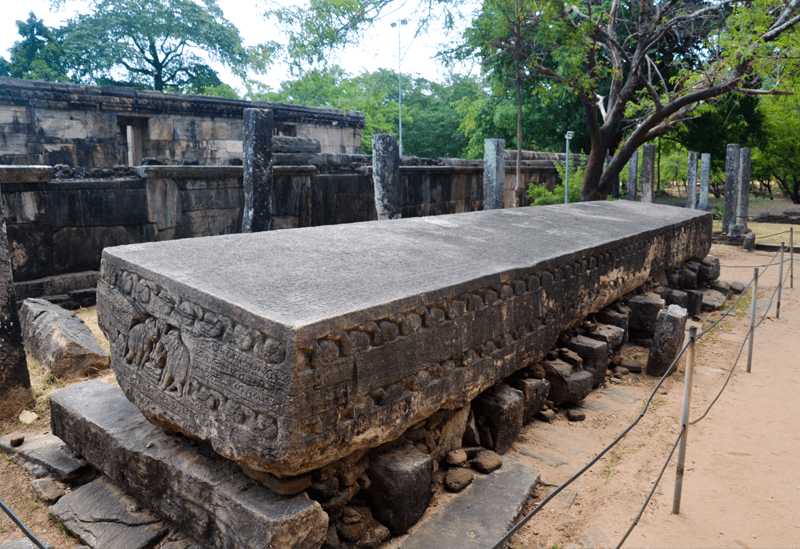 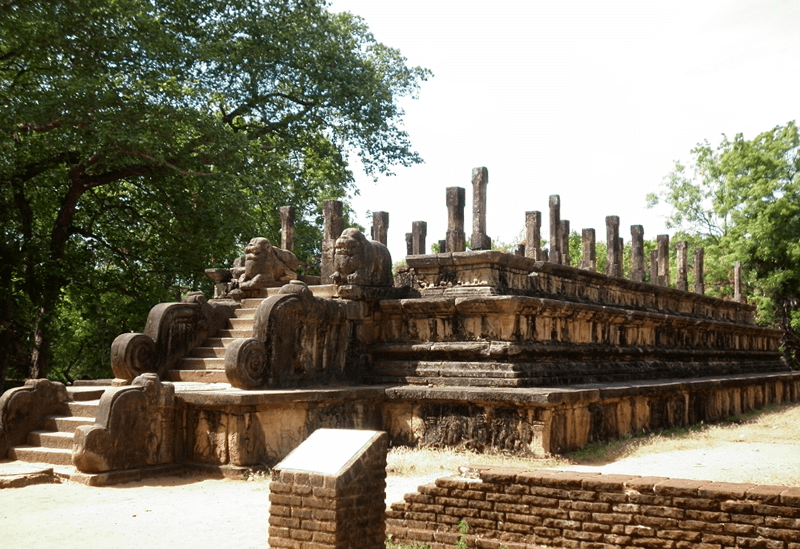 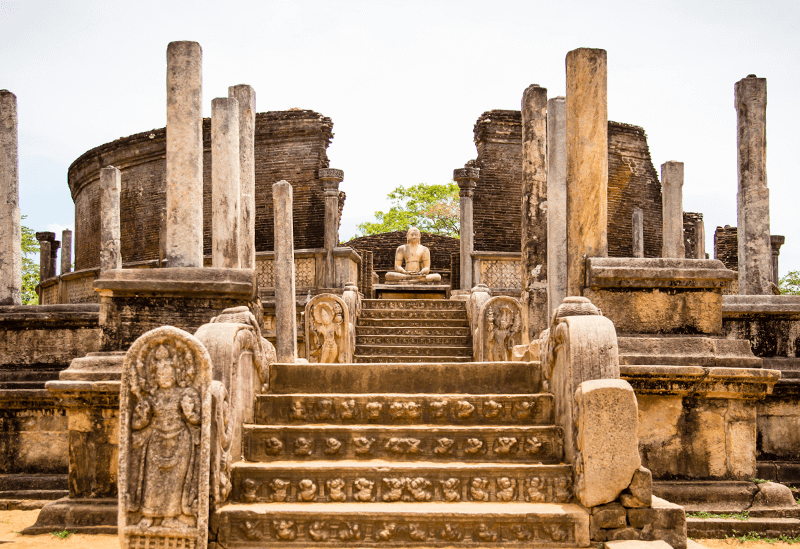 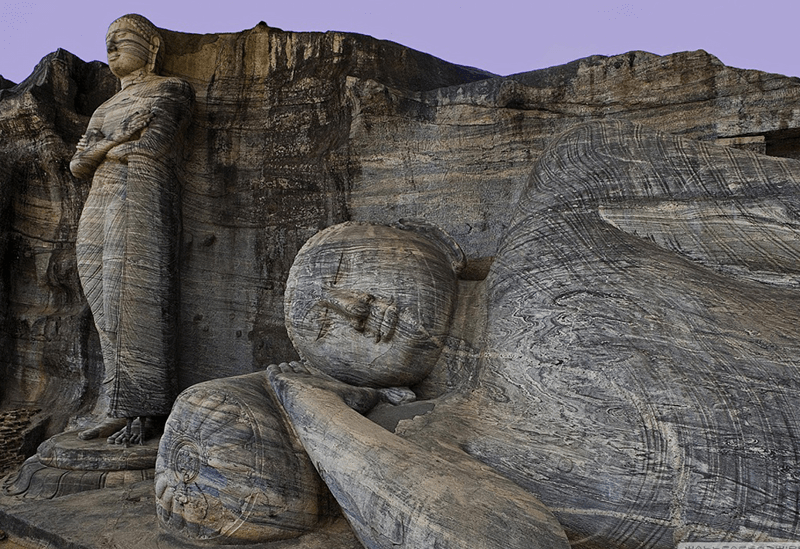 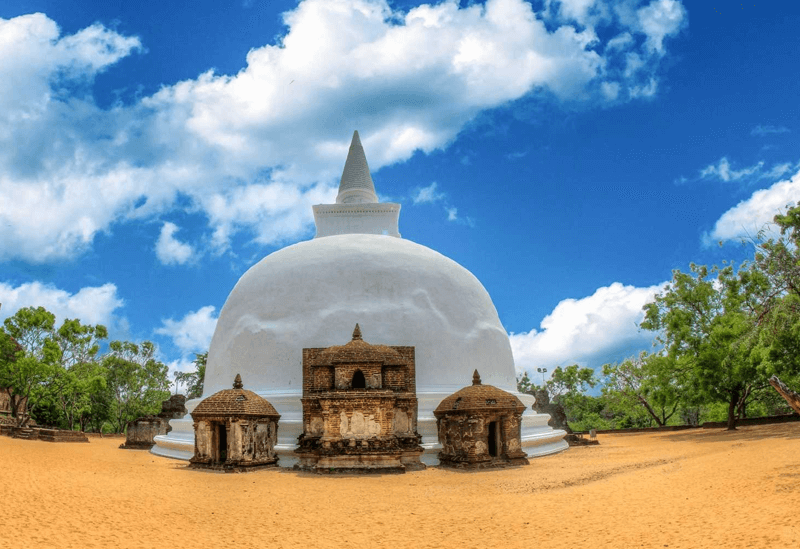 This was the 2nd kingdom of Sri Lanka after the downfall of the Anuradhapura kingdom due to the great chola invasion. And a drastic change in architecture, art and carving occurred after the moving capital to Polonnaruwa due to the exposure to the Indian arts and crafts chola and it has left us beautiful buildings, art and statues which are considered as masterpieces.

This is obviously a historian’s paradise full of ruins of once majestic buildings that are still considered as amazing works of architecture and it is one of the most well planned relic sites and one of the most beautiful if you ask me. So beautiful that the British Band Duran Duran used it as Polonnaruwa as their filming site for their music video Send a Prayer. (I live for Electric Barbarella)

In Polonnaruwa, you can experience authentic Sri Lankan cuisine at its finest so leave it to Rapid Holidays to let you know who has the best thilapiya badum in town and to hook you up with the coziest hotels to spend the night.

What’s stopping you from visiting this blast from the past? Experience it in all its beauty and go back with tons of treasured memories when you travel with of Rapid Holidays. We take the planning out of your trip because at rapid holidays, you’re our world. 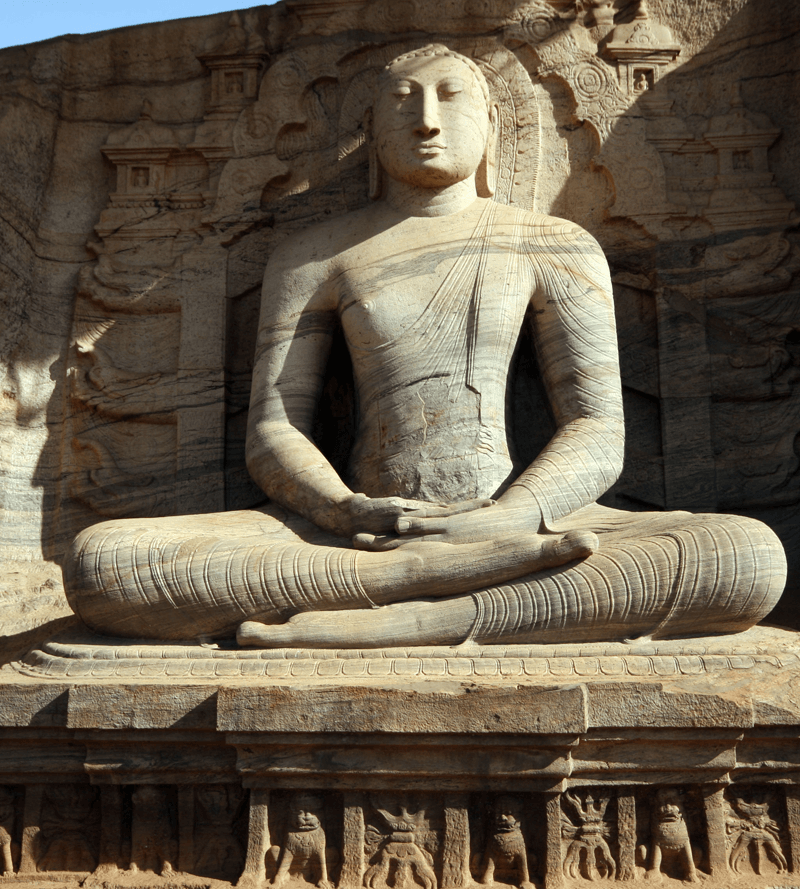 This is located in the Archaeological Ruins of Polonnaruwa. And is the most important site in the area. The site mainly contains large statues of Buddha in different positions. The passage to the site is lined by Lake. 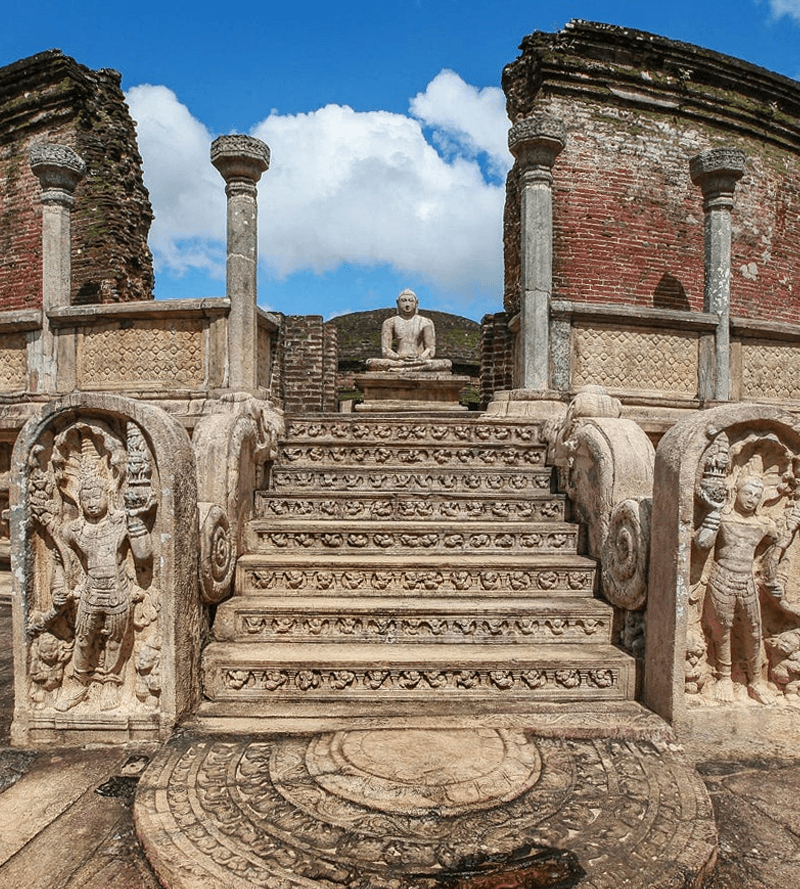 It is considered as the highlight of the ruins of Polonnaruwa and it is said to be built in the 12th century. The structure is mind boggling even in the ruin state. With four entrances having Buddha statues facing outwards. 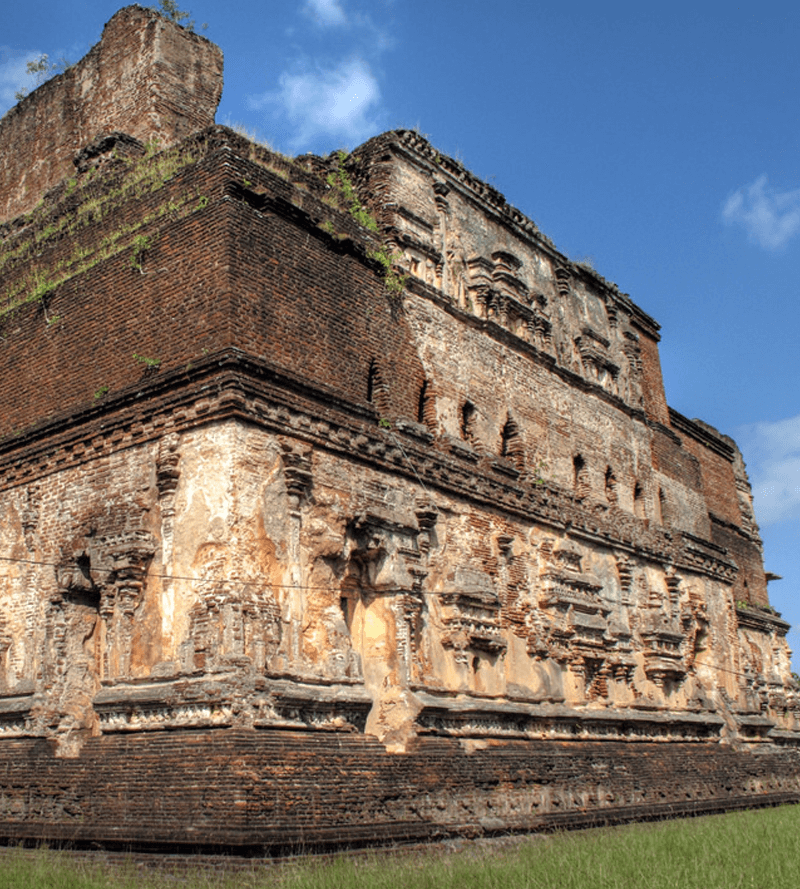 It is a stunning brick building which houses statues and paintings. Most of the statues are damaged but some have been restored to their former glory. The paintings on the wall have been said to be painted by Indians. 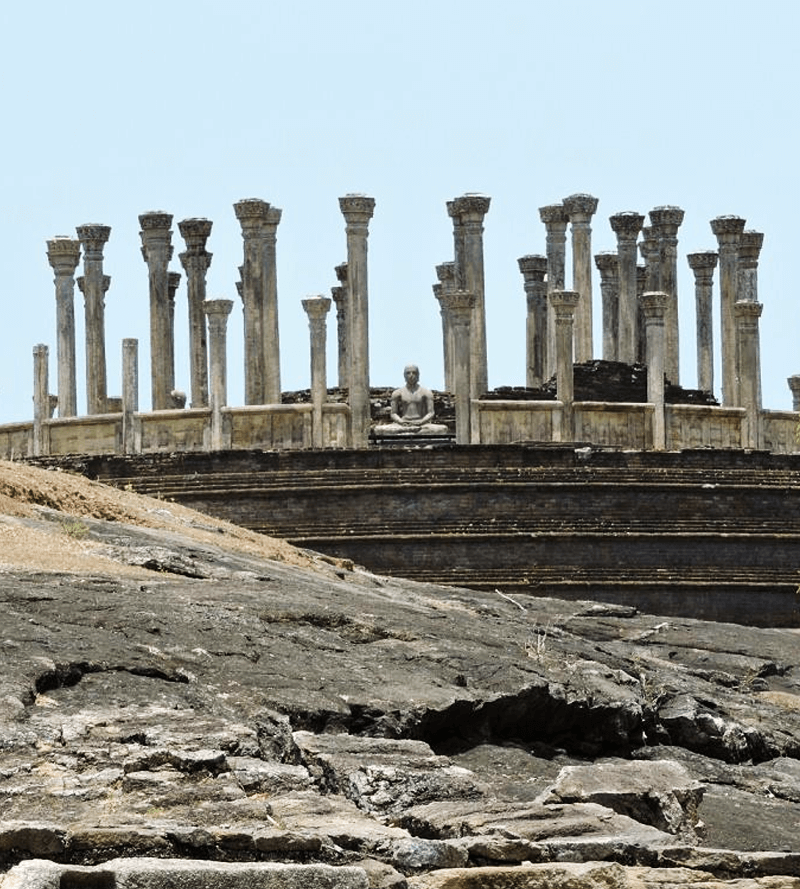 It was a monetary built in the 3rd century. It consists of beautifully carved statues and intricately decorated stone pillars. It was said to house an advance surgical hospital back in its day. 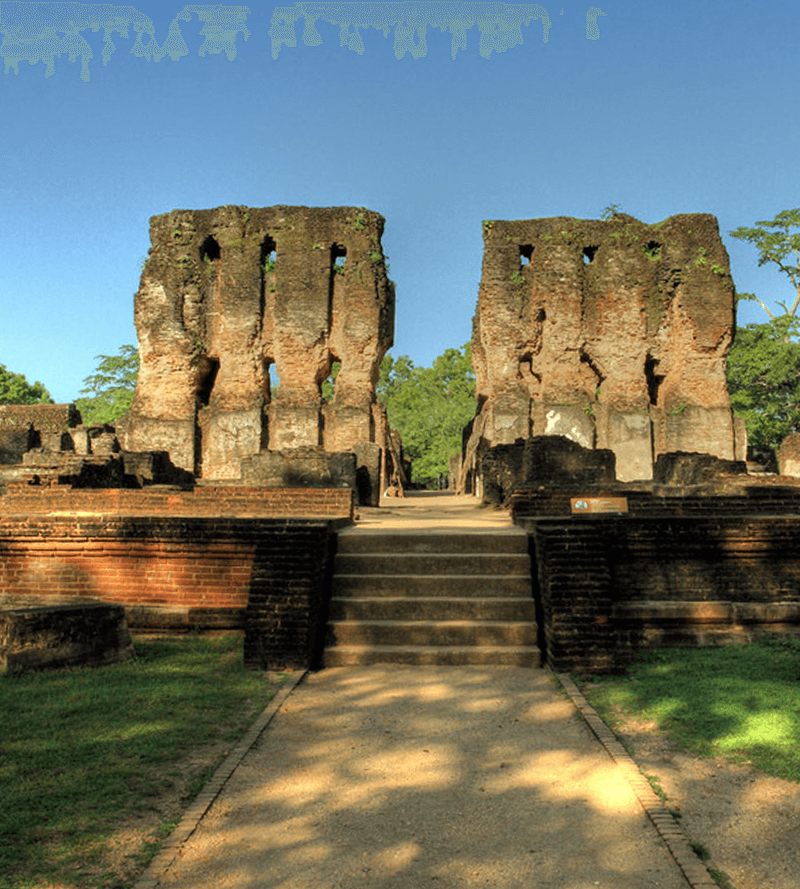 This is a ginormous brick palace supposedly built in the 12th century. Though there are only few walls remaining of a once gigantic palace, you do get a feeling of its grandiose when you visit there. 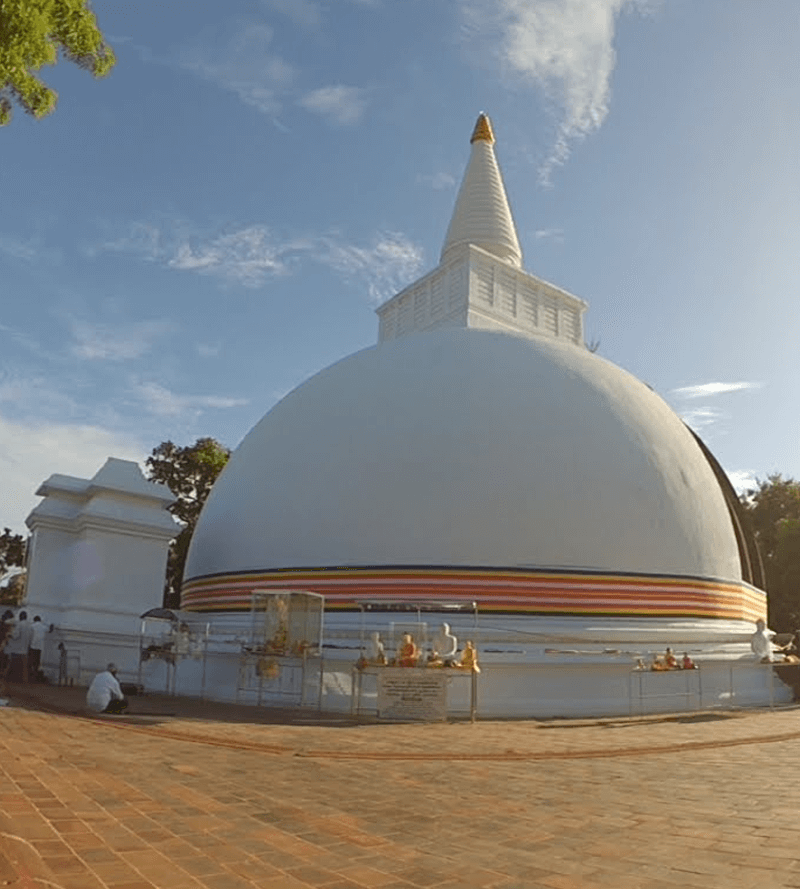 This is a chaithya supposedly built in the 2nd century B.Ths. is one of the most sacred chaithyas among Buddhist. The chaithya is said to house the right tooth relic of the lord Buddha. 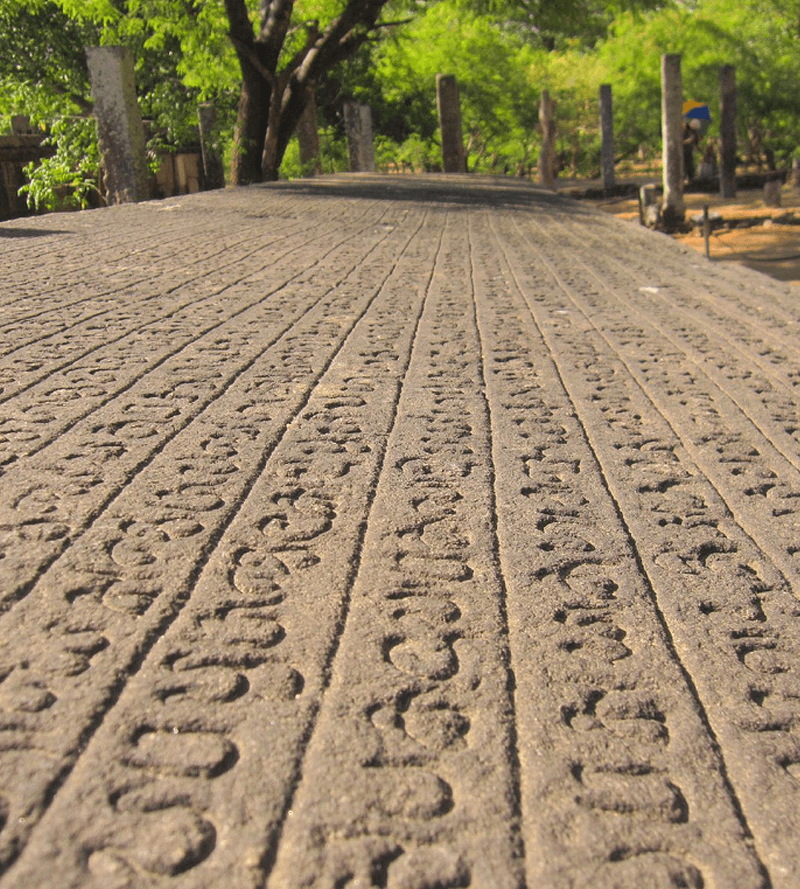 It is a large monolith stone slab with inscriptions carved on to it. It is said to have been written in the 12th Century by King Nissamkamalla. It is the largest stone tablet in Sri Lanka. 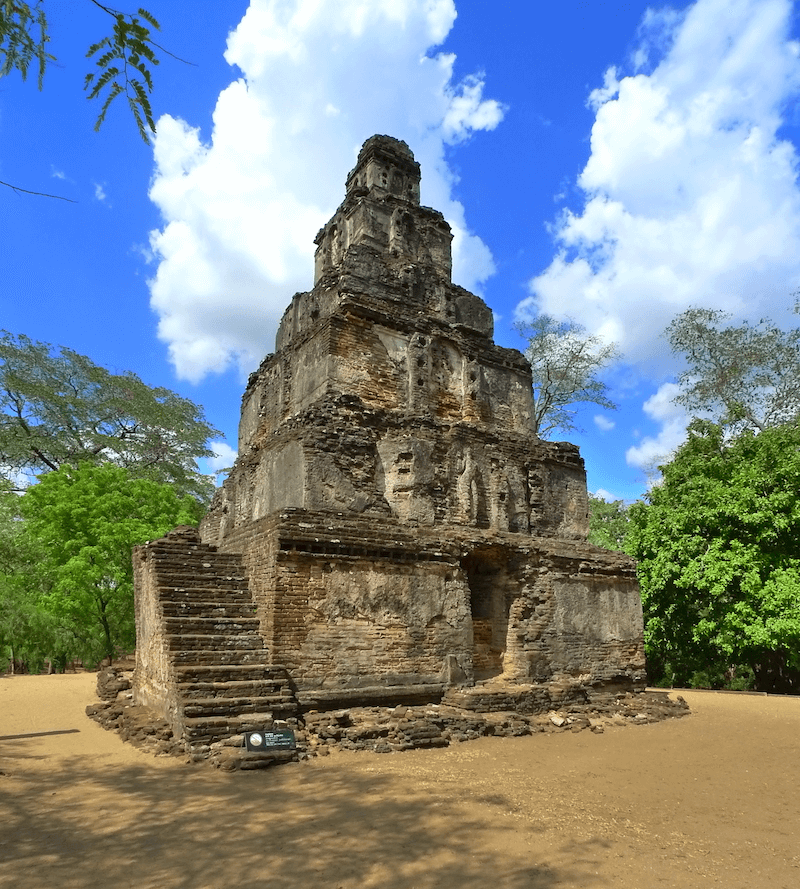 Its name means “seven storied palace”. It’s a relatively small structure comparing to the rest but the patina and the exposed blocks and bricks give this building a great grungy and old look. 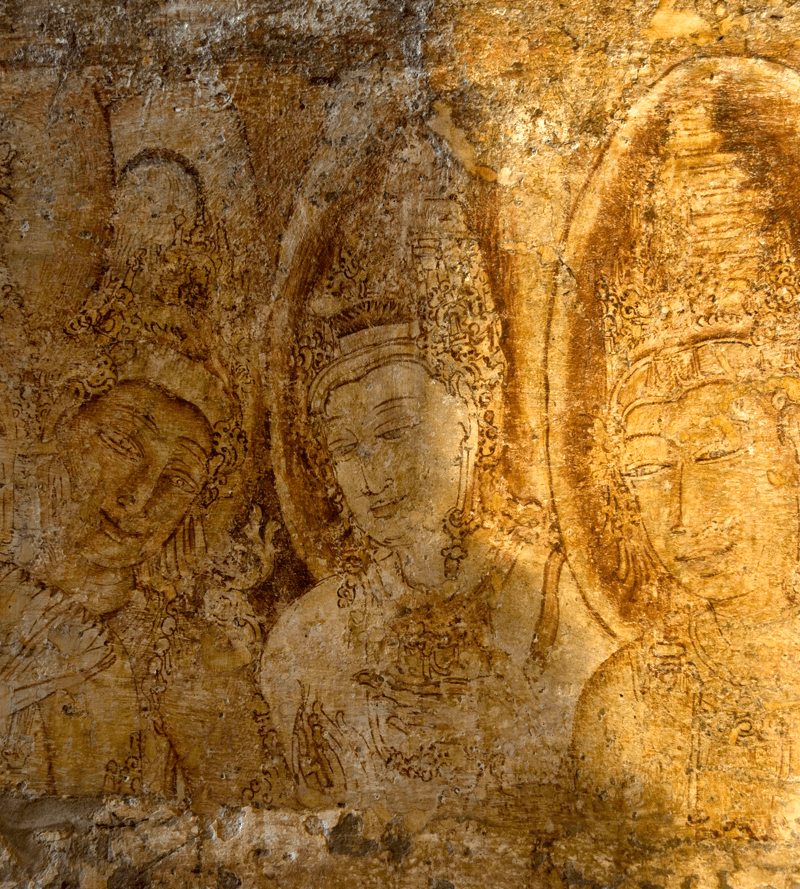 This site was allegedly touched by the sacred feet of Lord Buddha. The temple is in the ruined state but a canopy has been built to preserve the beautiful carvings and the paintings on the walls. 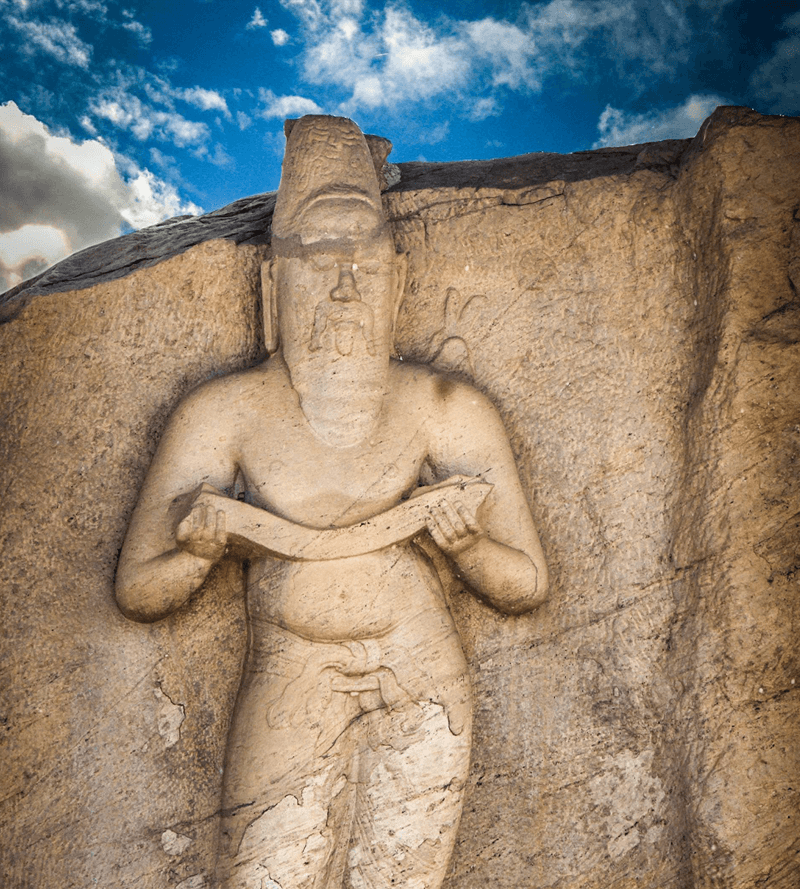 This an intricately detailed, unbelievably well preserved statue which depicts king Parakramabahu. He is said to be reading a palm inscription and if you look closely you can see something that resembles a rabbit on his left shoulder. 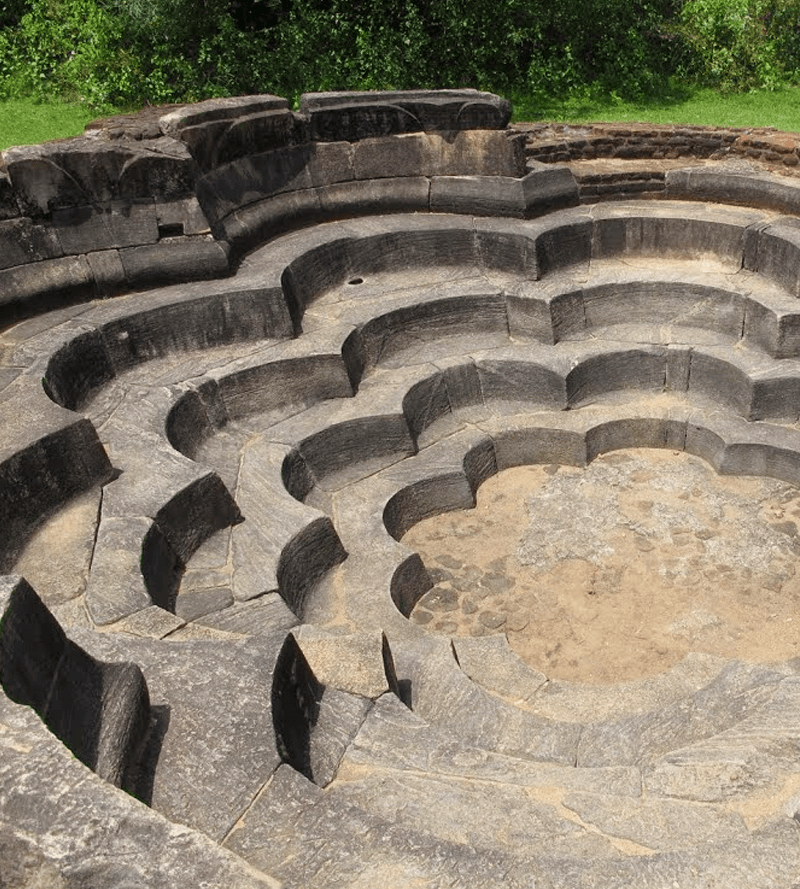 It is a small pond which is beautifully built and shape of the pond resembles that of a Lotus, hence the name. It is shallow pond composed solely of rock carvings. It was said to be the king’s pond back in its day. 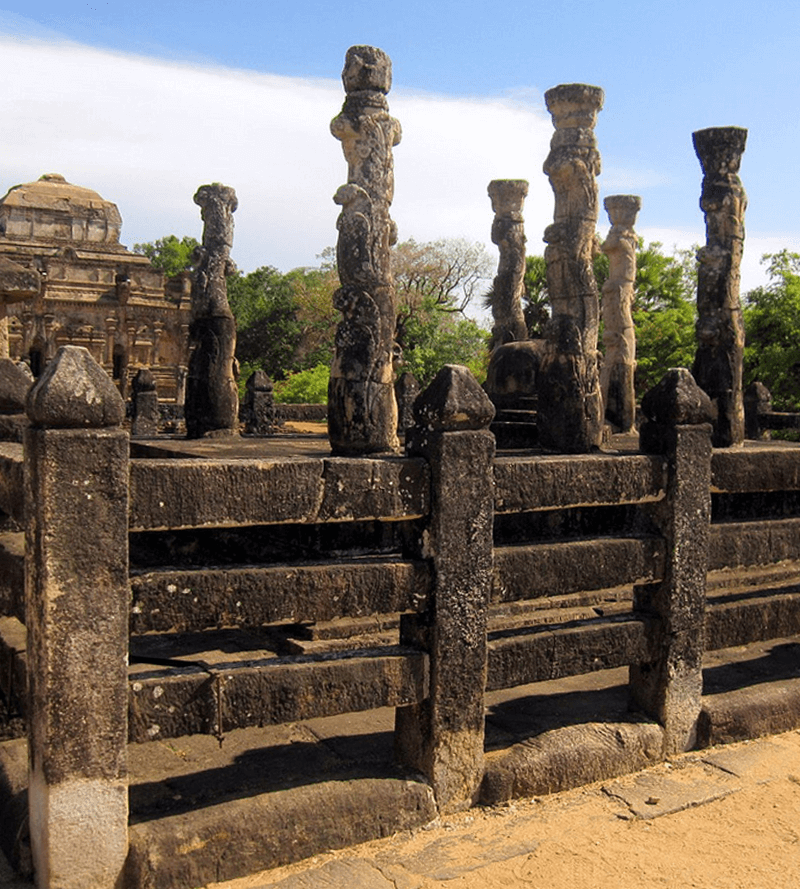 What remains of this is a platform and pillars without any roof. This is believed to be built in the 12th Century by King Nissankamalla, which gives it its name. The unique feature of this structure is the winding shape of the pillars. 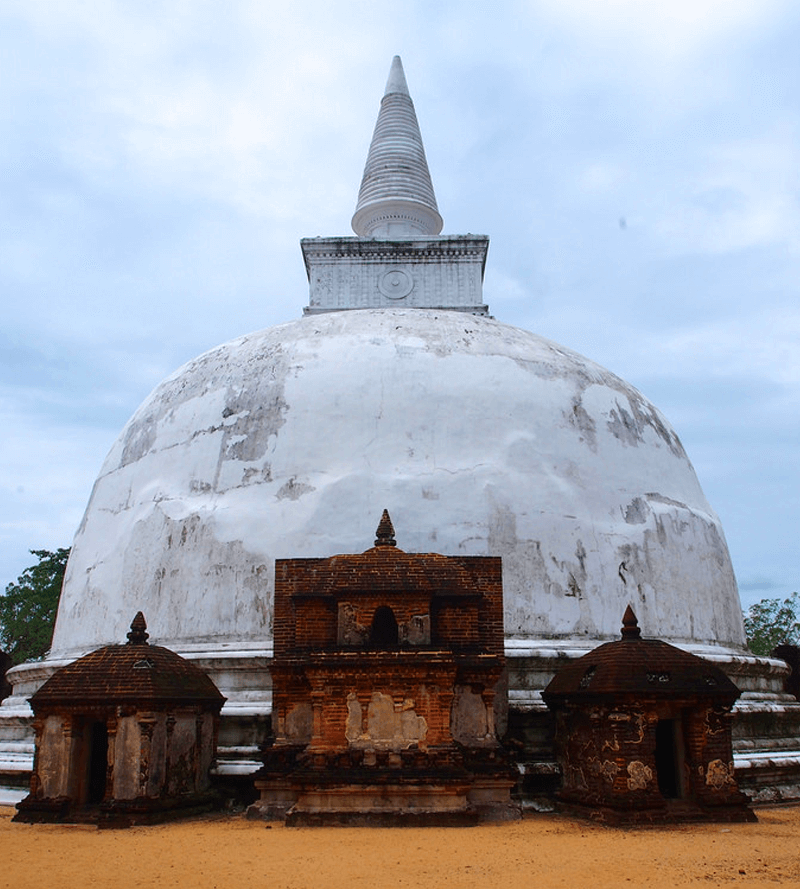 It is a special lime stone coated stupa built in the 12th century. This is known for its dazzling white color. Although this has been restored, it still is a pretty neat building to visit. 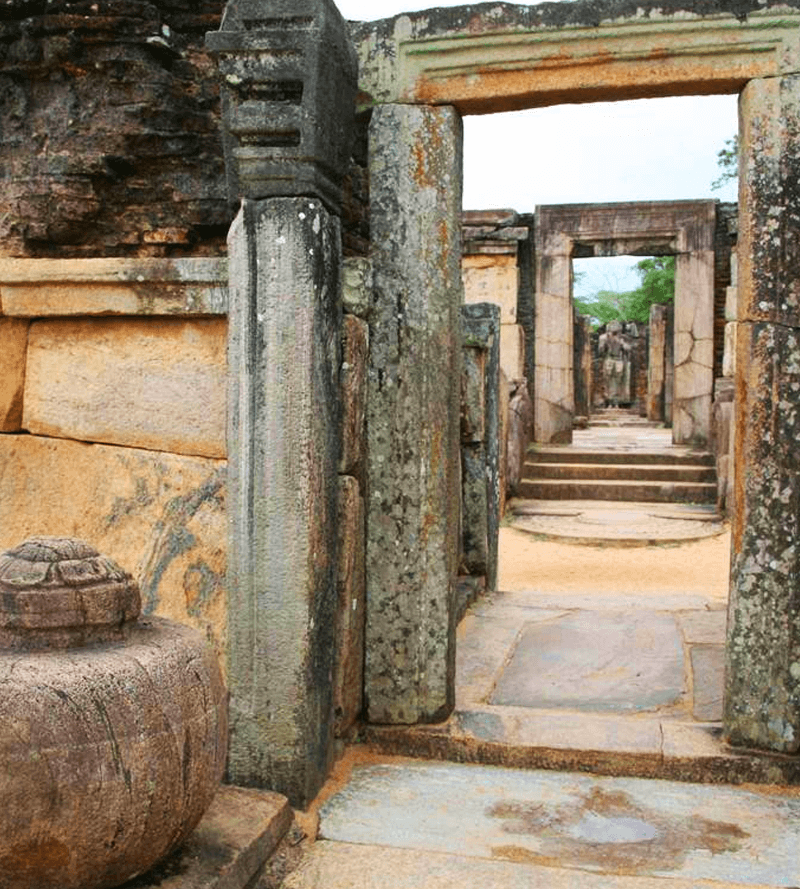 This a structure built in the 12th century and this is where the Sacred Tooth Relic and Bowl Relic was originally housed. Even though the building is in runs, some of its beautiful statues of Lord Buddha still remain. 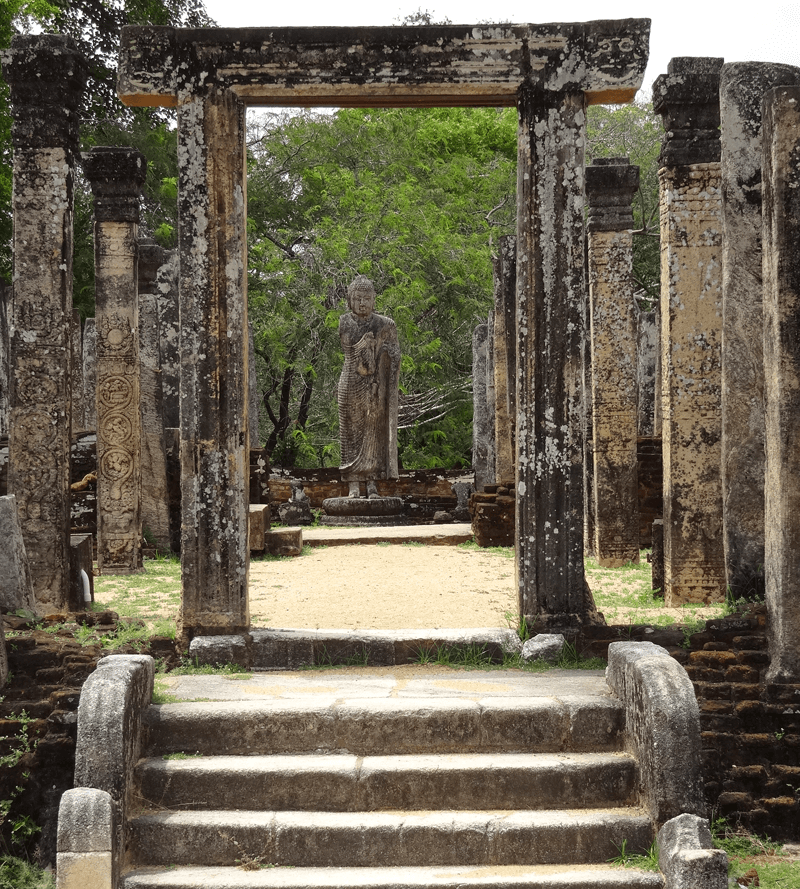 It is a ruined structure the structure does not have a roof, while only the base and pillars exists. The base is made of bricks and the pillars are made of stone.There are few Buddhist statues in the structure, which are in various state of ruins. 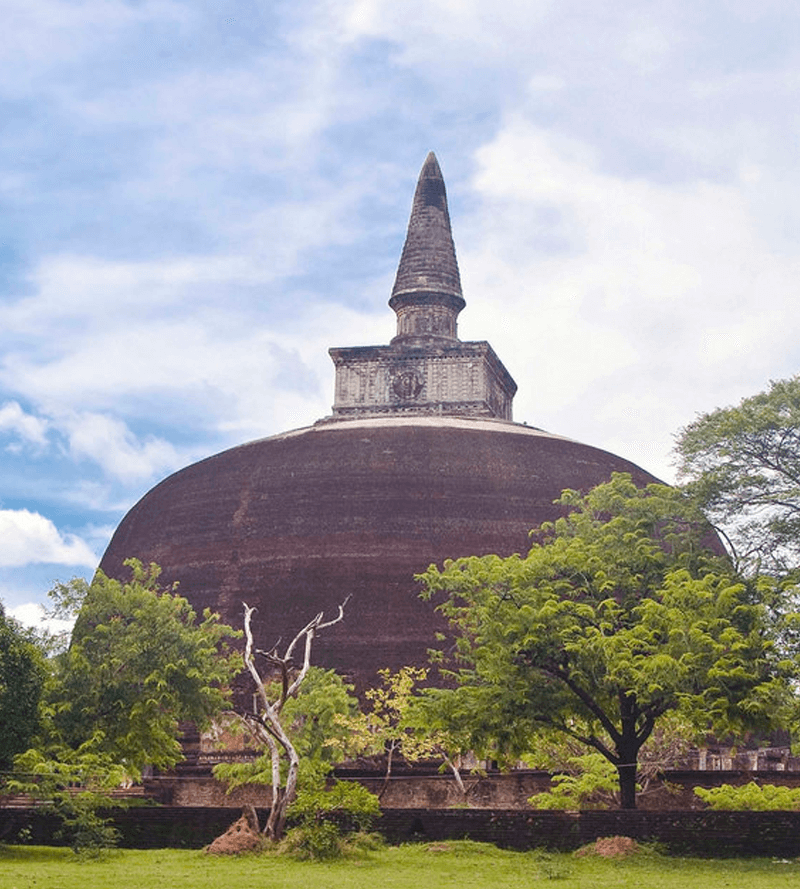 According to its name it has a golden topper and it is considered one of the biggest Dagoba in Polonnaruwa. It is said to house relics of Lord Buddha and Arahanthaka.