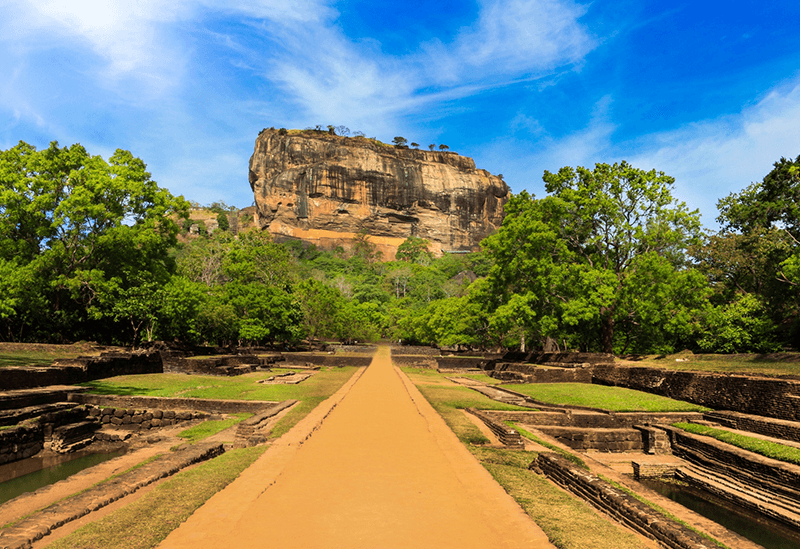 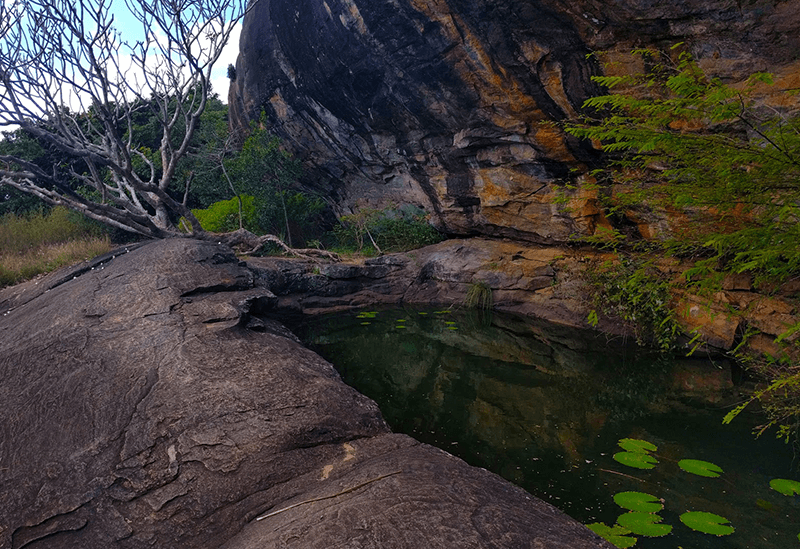 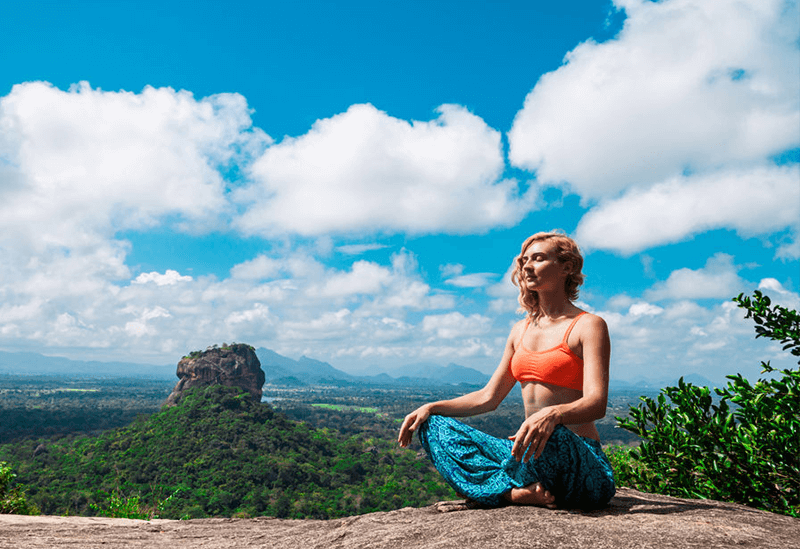 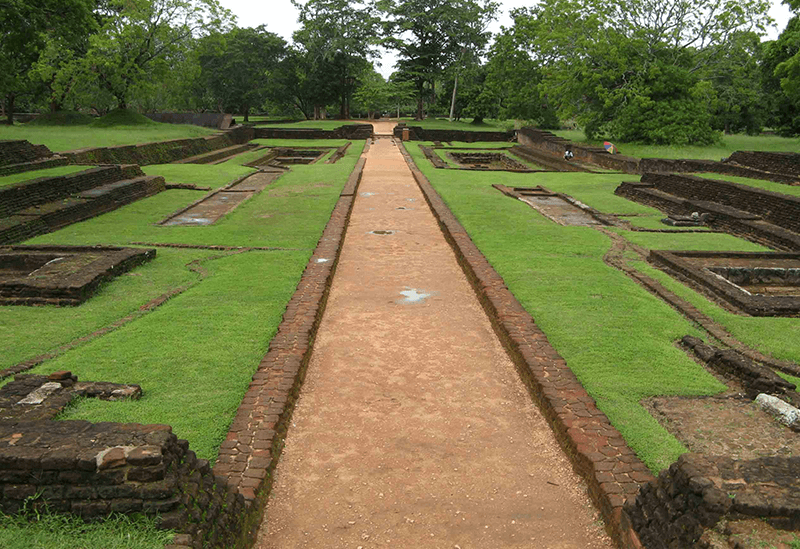 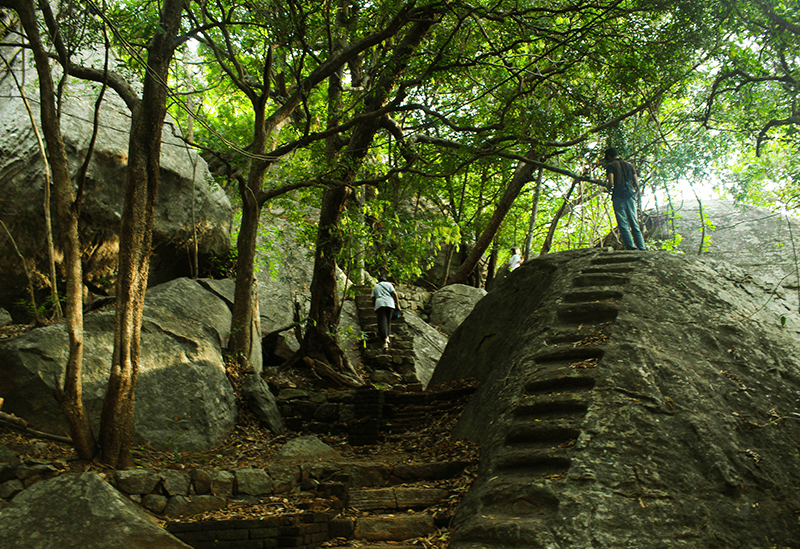 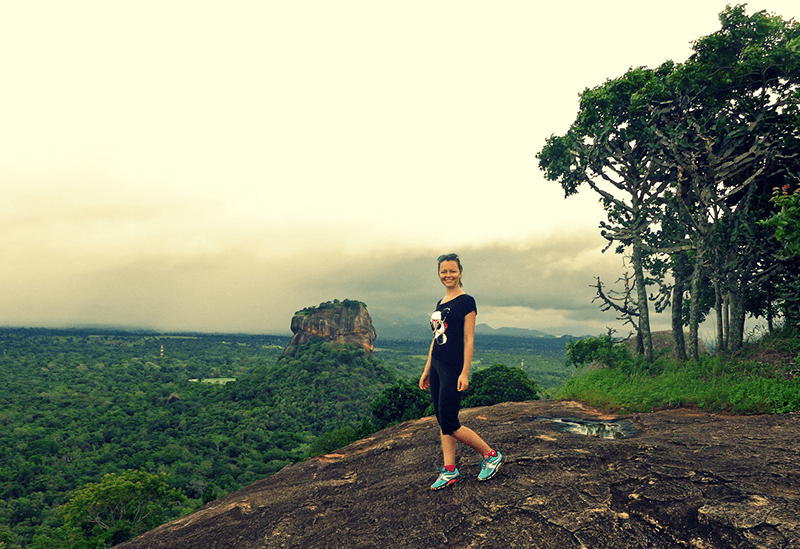 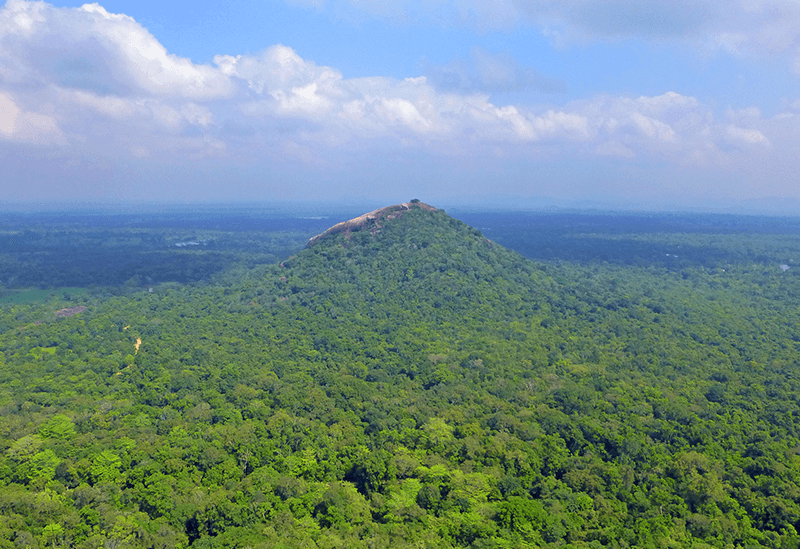 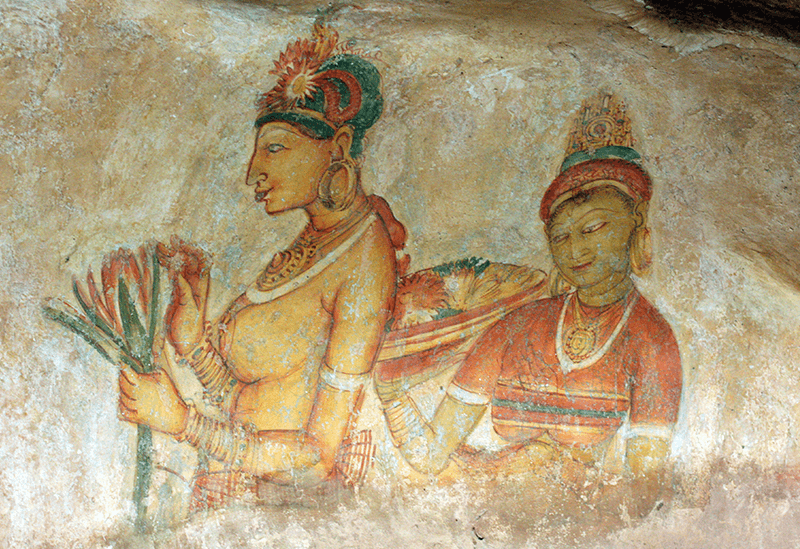 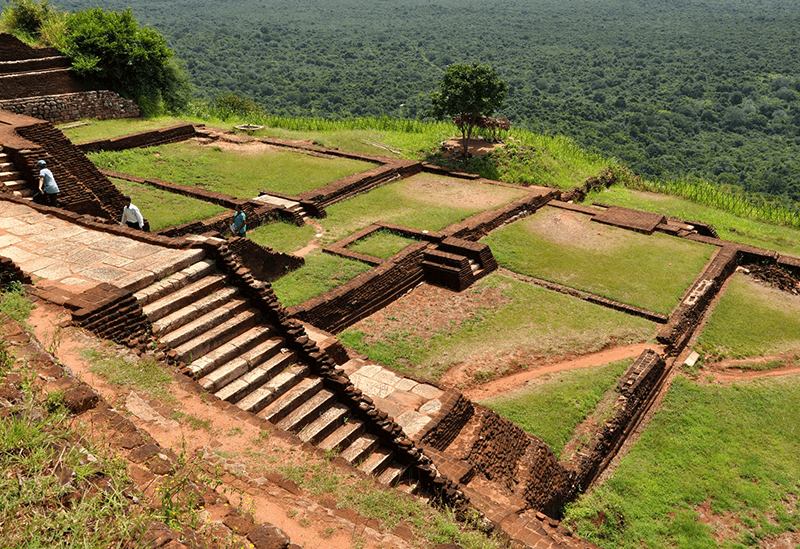 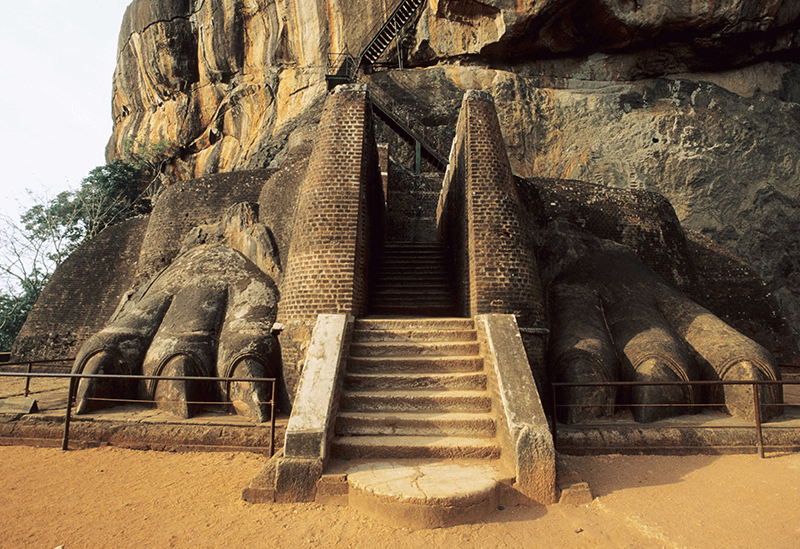 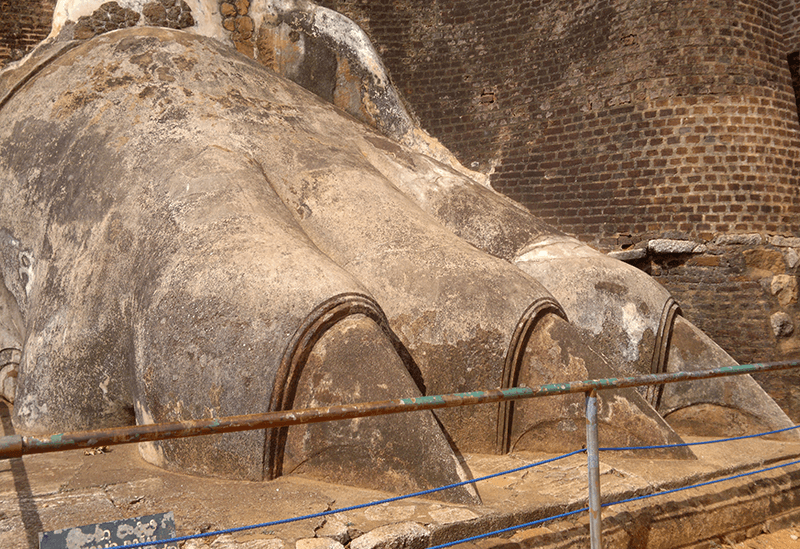 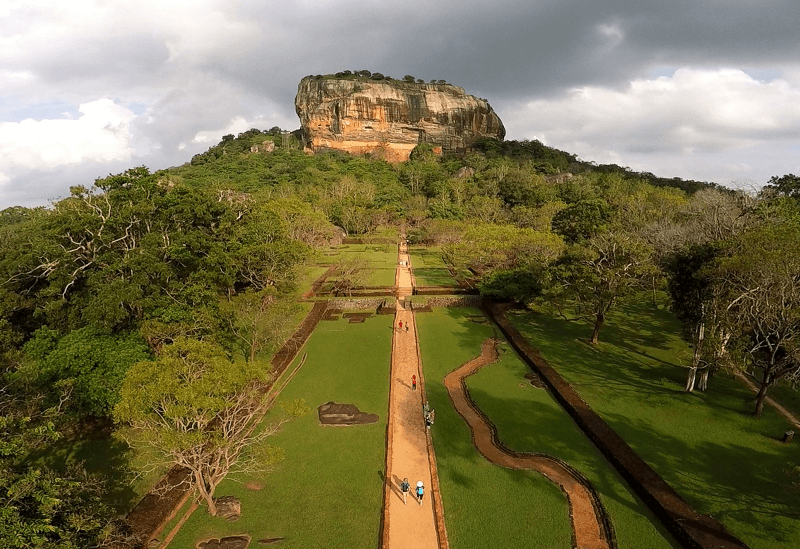 It is also called lion rock. It was a royal citadel for a short period of 20 years during the reign of king Kashyapa.

This historical monument was built in the 5th century by king Kashyapa. He built it to protect himself from his brother who was out to kill him for the murder of their father. It’s a pretty complicated story and you can hear all about it if you get one of Rapid Holidays’ seasoned tour guides.

It is world famous for its frescoes which either depict the king’s mistresses or angels from heaven bringing him flowers. The artwork is similar to the Indian class of art called Apsara.

The lion staircase was said to have a giant lion’s mouth but that is nonexistent now but the paws are still there and judging by the paws, the head has to be ginormous. On the walk, you might spot a beautiful glistening wall which has some form of writing on it. This is the mirror was and it is said to be a giant stone tablet written by many people.

On top of Sigiriya are the ruins of a palace and from the top you can get a great view of the whole area around including the pidurandala rock. The palace was supplied with fresh water from a mechanism that modern scientists are still trying to debunk and also Sigiriya is credited for amazing ground planning and its water works so do visit the water works garden on your trip to Sigiriya.

You too can go and experience the historic site dubbed the 8th world wonder with the help of Rapid Holidays. Leave us all the planning and just chill because We make holidays fun. 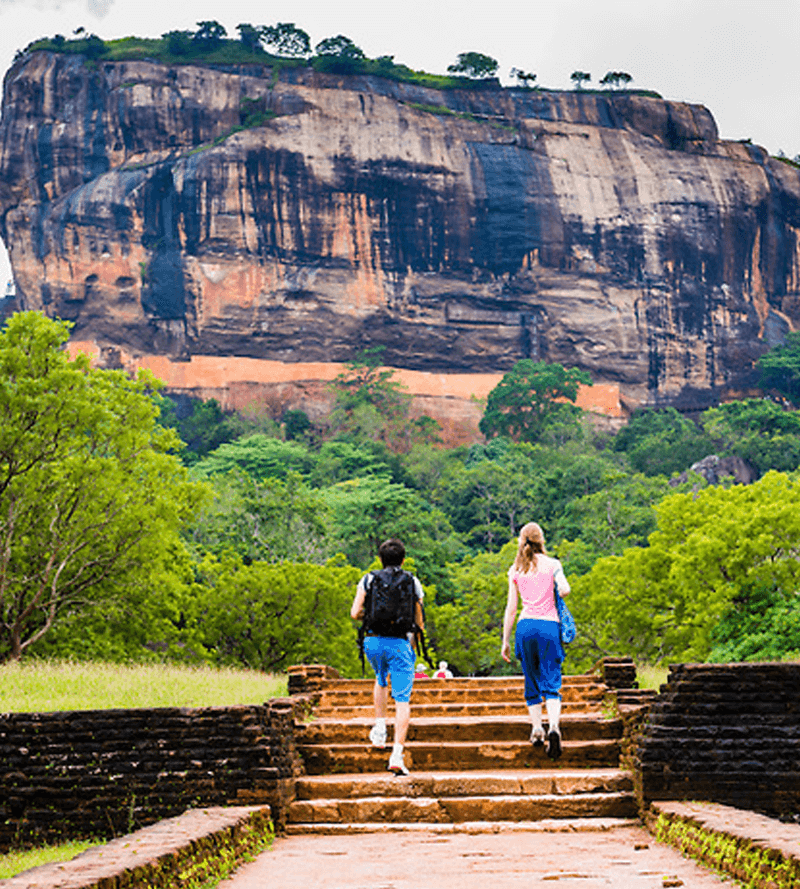 Dubbed the 8th wonder of the world is the crown jewel of Sri Lanka, Sigiriya. It is a giant castle built on a rock by King Kashyapa. It’s most famous attractions are the frescoes, the graffiti, the royal garden and the lion staircase. 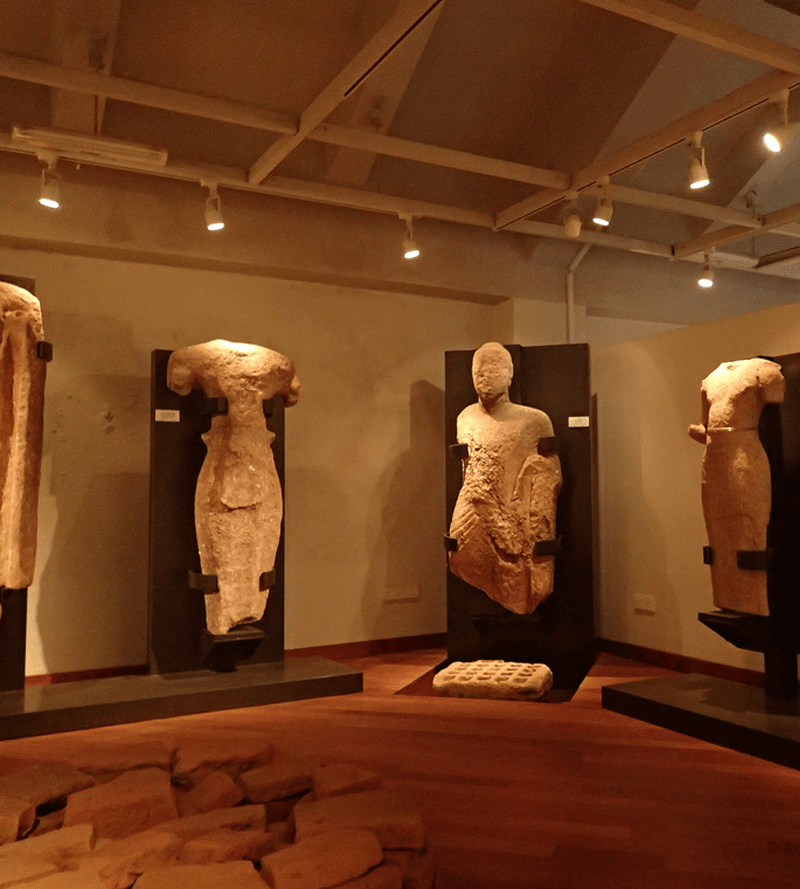 It is a recent establishment with the purpose of preserving certain endangered plant species in Sri Lanka. A guide is needed for the journey, also keep your eyes peeled you might even spot a Loris or a Land turtle. 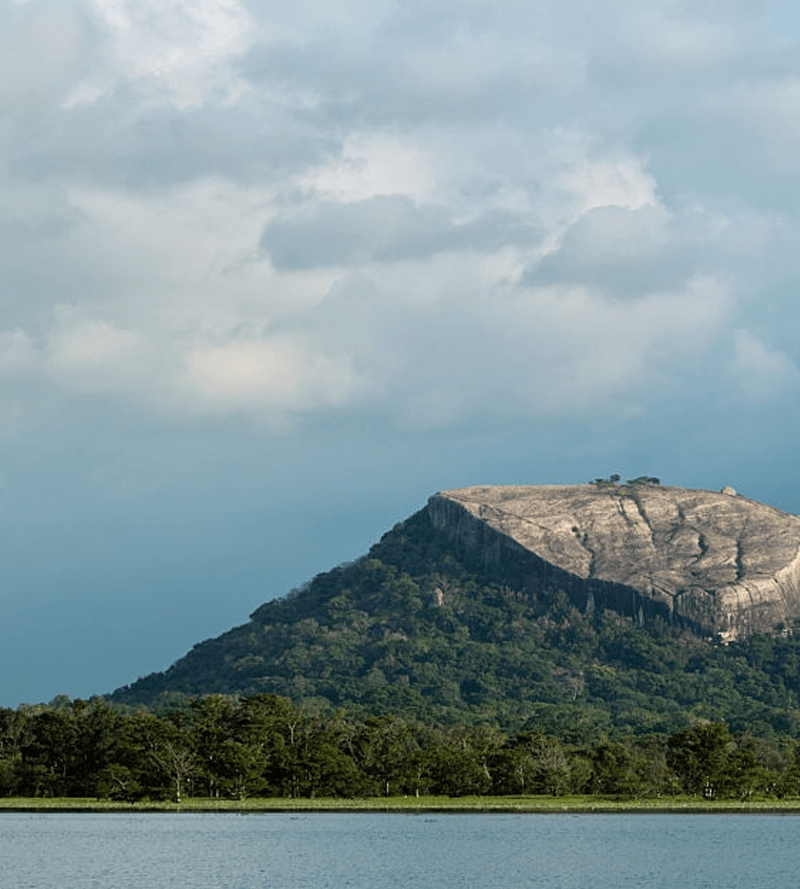 It sits just 1km away from Sigiriya. It is a hike not meant for the faint of heart with staggering heights and tons of rocky uphill climbing which is an intense workout for sure. The view is worth all the hassle once you get to the top.